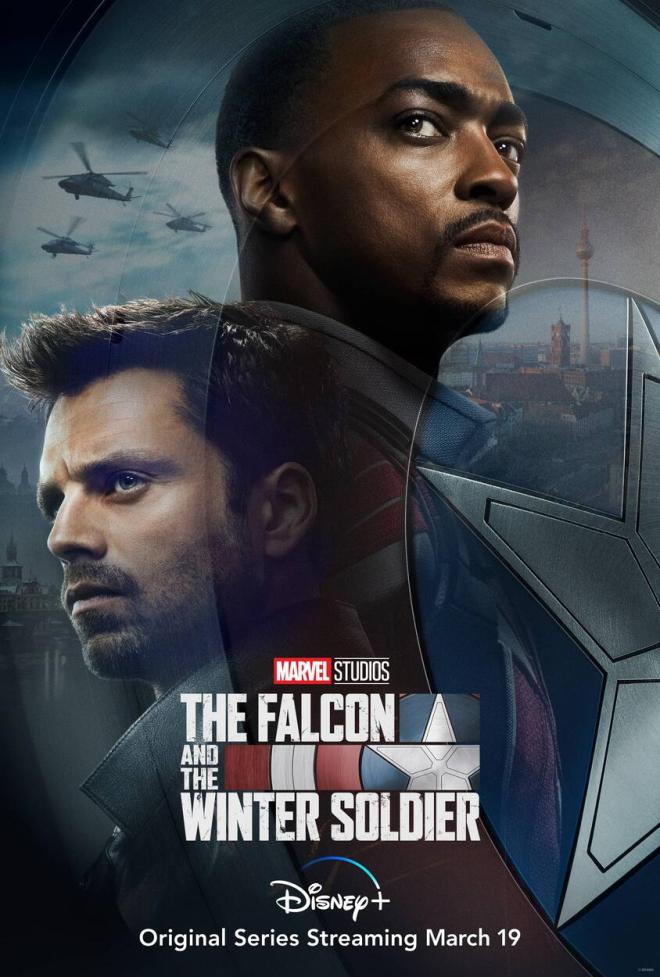 The Falcon and the Winter Soldier

Every time something gets better for one group, it gets worse for another.

Anthony Mackie, The Falcon and the Winter Soldier

WARNING: This review will contain MCU spoilers. If you have not seen through at least CA: THE WINTER SOLIDER and AVENGERS: ENDGAME, do not read this review. You have been warned.

The Falcon and The Winter Soldier follows Sam Wilson and Bucky Barnes as they navigate the aftermaths of the events in Endgame. Both Sam and Bucky have to deal with the trauma of the events in Endgame as well as some of the earlier traumas that Bucky had to come to terms with. As Sam tries to navigate his role as the successor of Captain America, Bucky has to terms with all the people he has killed in the past. The story explores themes of racism and PTSD as well as exploring the world that exists after the Blip.

When this show was first announced, I was extremely underwhelmed. I wasn’t sure what exactly would make this show worth watching as well as whether or not I cared about Sam and Bucky as characters enough to watch the show. This isn’t to say that I don’t necessarily care about the Falcon and the Winter Soldier, but rather that I didn’t know enough about Sam and Bucky to care about their characters in an entire limited series about them. The first episode proved me wrong.

The first episode launches into severe discussions about racism and PTSD in superheroes, something that is only briefly touched on in Iron Man 3 and then vastly ignored throughout the rest of the MCU. The Avengers are predominantly white, so it makes sense that the films wouldn’t have had time to explore themes of racism and socioeconomic statuses of all of the characters besides the ones whose status is already known. What I really enjoyed about TFATWS was that we learn more about the racism that Sam experiences as well as his socioeconomic status. From the start, Sam is essentially seen as a lesser Avenger, getting mistaken for a football player before an Avenger. We also see cases of racism in characters such as Isaiah Bradley,  the first black super soldier who was overlooked simply because he was black and even jailed for doing things that Steve Rogers did with impunity. In terms of Sam’s socioeconomic status, we see that him and his sister, Sarah, are struggling to keep their family’s legacy alive.  I’m extremely thrilled that this show took the time to delve into these concepts with Sam’s character because I feel like I know him better and am considerably more attached to him than I was before the show aired.

This show doesn’t evenly focus on Sam and Bucky. The show gives considerably more time to Sam because he is the next Captain America. This doesn’t detract from Bucky’s character because the audience doesn’t need to see Bucky making all the amends. The show establishes early on that Bucky struggles with PTSD by showing him sleeping on the ground instead of his bed, a reference to The Winter Soldier when Sam and Steve discuss how sleeping in their bed makes them uncomfortable. We also see Bucky becoming close with an old Japanese man whose son that Bucky killed years ago. We see Bucky in therapy working through his trauma and while that’s court mandated, I think that by the end, we see that Bucky gets enough out of it to forgive himself as well as make amends without killing those who’ve wronged him (which we see through his interactions with Zemo). Though there’s not an even distribution of the story, I’m glad that we at least get more answers about Bucky’s time in Wakanda and the difficult process that healing from war is. The acting in this show is really strong, especially in the chemistry between Sebastian Stan and Anthony Mackie; I’m glad that we got to have a show with the two of them.

The other thing that stood out in this show is the exploration of different villains. The first and most prominent being John Walker. We see how he is the exact opposite of Steve Rogers, using his mantle as Captain America to essentially give himself more power. His villainization does not make him a completely unsympathetic character, because we do see his backstory as a soldier and this further plays into themes of PTSD, though it still makes his actions deplorable and I despise his character (but kudos to Wyatt Russell for playing him absolutely perfectly). The other “villain” is Karli Morgenthau. She’s not really a villain. In fact, much of what she says about the repercussions of the Blip and the reappearance of everyone that Thanos snapped away makes sense. In the governments of the world reinstating the borders and displacing hundreds of millions of people, many people will lose their homes and their families. The reason that Karli is villainized is because she uses violence to make her point. Her character development fascinated me because of her interactions with Sam (which I don’t want to spoil too much, so you’ll just have to watch the show for these interactions).

The last thing I want to discuss in this review is Sharon Carter. Now, I love Emily VanCamp and she plays Sharon just how I would expect her to, given the bad writing in conjunction with her  character. Sharon is always seen to be the man’s helper, much like Black Widow in The Winter Soldier. Don’t get me wrong, I love the MCU and the women in the MCU but Marvel has a history of detracting from the skills that its women have. Black Widow is always seen as helping the boys instead of being a badass on her own terms (hence why I’m hoping her movie does more than just pay tribute to her death). The same goes for Sharon Carter, though when the show tries to make her character stand on its own, it ultimately fails because the audience isn’t given much of her personality in order to keep her as a separate character. We almost always see her with Sam and Bucky and helping them. Had we been given a little more insight to Sharon’s character rather than always seeing her run to the rescue, some of the twists would’ve been a little more believable and less contrived.

Overall, the issue with Sharon is my only issue with the show. I think that the show does a wonderful job in exploring racism and PTSD in such a nuanced way. I love the exploration of the impacts of the Blip that’s not completely muddled by grief as it is in Spiderman: Far From Home and Wandavision. I applaud all the actors in this show for giving phenomenal performances. While I could’ve gone without some of the over dramatic fight scenes (especially in Episode 3), I was completely impressed with this show. I recommend this show for fans of the MCU and anyone who just loves a good superhero show.

P.S If you’ve stuck to the end of this review and still want some more in-depth reviews of this show, check out my vlogs in the Film section of the blog (https://thecombx.com/films/). Vlogs 1-6 have in-depth reviews of each episode, though you might have to watch some other parts to get to them.