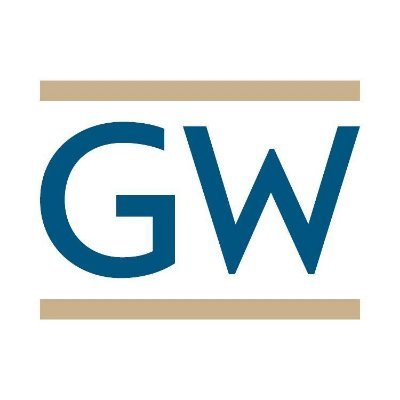 Interviewer: What’s name and where are you from?

Vishali: My name is Vishali Muthuvinayagam and physically, I am from Port Huron, Michigan. Spiritually, however, I am from no place. I see nothing looking back at me when I look in the mirror.

Interviewer: What year are you in your education?

Vishali: I am a second semester freshman at George Washington University.

Interviewer: Tell me about a book that has stuck with you throughout your life.

Vishali: Chemistry by Weike Wong. I’m not naturally a big science person but this story is about this woman who has an accident that results in her burning her hair and this causes her to lose her job. Besides this, she is also dealing with personal hardships. I think it’s a beautiful story of seeing someone whose life has fallen apart deal with these hardships and watch her pick up the pieces.

Interviewer: Tell me about a film that has stuck with you.

Vishali: Harold and Kumar go to White Castle. It’s poignant and it makes sense and I love it.

Vishali: I don’t have a celebrity crush but I love Larry King.

Interviewer: If you had all the money in the world, what would you do with it?

Vishali: I would probably give it to my mom and donate it.

Interviewer: Do you have any weird talents?

Interviewer: Are you currently binge-watching anything?

Vishali: No, but I do like to watch Seinfeld or 30 Rock.

Interviewer: Do you live on campus or off campus? (If so, do you like it?)

Vishali: I live on campus. I like it but I live in Thurston, which is one of the biggest freshman dorms at GW. It’s super old and getting torn down soon. But i like it because I get to prank people.

Vishali: I knew I wanted to go to a city school and I also knew that I wanted to study something along the lines of political science or political communication. My family friend told me to apply, so I did. I was between Boston, Michigan, and D.C so I came to visit here and I liked it so much that I decided this was the school for me.

Interviewer: What was your first impression of George Washington University?

Vishali: I thought it was really pretty. I came during cherry blossom season and it was really nice. I also realized that people here make more money but it didn’t change the dynamic of the students. It’s also very politically active but it’s fun and I like how it’s integrated with the city.

Interviewer: What was that greatest challenge that you faced when you arrived on campus?

Vishali: I think it was trying to balance academics and everything else. I’ve met a lot of people I like and found really good organizations that I like. But, I think there’s a lot of FOMO because people are always doing something and even if you’re happy to be sitting in your dorm room or you know that you need to be studying, you want to be going out because someone else always is.

Interviewer: What’s something that you love about your school?

Vishali: I really love the people. People here are insane and I like everyone because they’re not just crazy in general, but rather, they’re crazy about something. I also really like my classes and doing stand-up here. It’s so much fun.

Interviewer: What do you think about college classes?

Vishali: They’re manageable. I definitely came from a town where people don’t often pursue higher education, or if they do, it’s a smaller school or maybe an in-state school. Though it was a different level of rigor for me, I was able to manage it.

Vishali: It’s fun, there’s always someone doing something. There’s always an event or a celebrity around. I also think that it’s serious because everyone is very ambitious and they’re always thinking about what’s next for them, career wise or creatively.

Interviewer: So far, what’s your best memory at college?

Vishali: I would definitely have to say that it’s doing stand-up. Last weekend, I did stand-up for a comedy festival. It’s something that I’m really passionate about and it’s a cool outlet that I get to do here. I don’t really know that I would be doing it if it wasn’t for GW.

Interviewer: Have you experienced something that has changed your perception of your goals?

Vishali: I’ve always been a “work smarter, not harder” kind of person. I don’t think that education should be a race for survival and I think that competition with others is a bad idea as it causes so much unnecessary stress. I think that I’ve come to GW to learn. You’re not just paying for your education, you’re paying to learn and understand. You should be able to truly learn, not just grind and compete. I’ve definitely learned that my goal is just to do my own thing.

Interviewer: What is something you would still like to try at your school?

Vishali: I think I would like to try more volunteering organizations. There are so many around here. One of my friends is in an organization that tutors women in prison and I’m currently involved in a period inclusivity organization, which stocks the bathrooms for tampons. But, I think that I would also like to be a part of an organization that does more for DC in general.

Interviewer: What’s something you wish you could change about your school?

Vishali: GW is involved in several scams. We buy a lot of land in DC and get involved with companies that are involved with gentrification. GW also invests in oil companies. I love this school, but there’s a lot that I wish didn’t happen internally.

Interviewer: What’s something that you’ve learned about yourself so far about your time at George Washington University?

Vishali: I realized that everyone is on their own path and I don’t control others’ actions. This realization led me to want to be more kind to myself and not worry so much about others.

Interviewer: Tell me about the traditions at your school that you’ve had the chance to participate in?

Vishali: GW does this thing called Day of Service. It’s the day after orientation and move-in. I remember on my day, we got matching t-shirts and I met two of my closest friends and my future roommates. It was really cool because we got to go to an elementary school and set up for the students before they returned.

Interviewer: What advice do you have for anyone who would like to attend your school in the future?

Vishali: Be open-minded and think about trying different stuff on campus. Also, it’s important to understand that people will be different from you, but you will find your people, it just takes time.

During her time at GW, Vishali started a podcast based on her radio show: Thursday’s with Vish. I’ll link it here and hope you guys check it out!