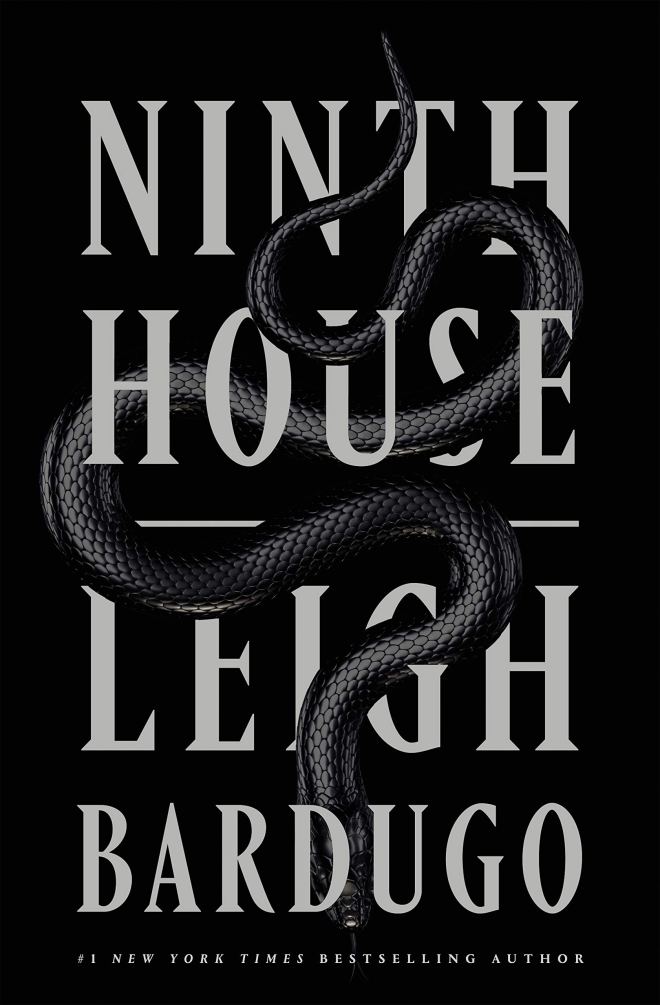 “All you children playing with fire, looking surprised when the house burns down.”

Ninth House follows Alex Stern, a high school dropout who suddenly finds herself walking the hallowed halls of Yale’s campus. Having been offered a spot amongst one of the notorious secret societies, Alex finds that her luck is beginning to change. There’s one caveat, Alex is part of the ninth secret society, a house called Lethe that serves to regulate the magic usage of the rest of the houses. After being taken in by Darington (Daniel Arlington), Alex begins to learn that her ability to see Grays (people who have died) is not a common ability and is something that makes her special. She continues her descent into the folds of the secret society. When a murder with ties to the socities is commited, Alex finds that she might not be as prepared for her job as possible and she just might need some extra help.

The interesting thing about this book was not necessarily the plot. The plot was engaging enough, seeming to work with the somewhat confusing structure of the book but it was not what made this book truly enjoyable. Instead, I would argue that the history in this book is what’s interesting. The novel takes place at Yale, focusing on the secret societies and their descent into magic and the occult. The layout of the campus is arguably the most important part of the book because it helps further Alex’s characterization. Born in California, Alex had never been to the East Coast before her time at Yale. The emphasis on the campus and the building’s locations are important because they demonstrate Alex’s opportunity for a complete personality change. Instead, Alex remains pretty consistent to her past personality, proving that she’s not a morally bad character, but rather a morally gray character. This is a strong parallel between the societies who are not morally bad but will always find ways to twist and shape moral parameters to fit their desires.

This novel is primarily a mystery novel. The one criticism that I do have about this book as a whole is that it does little to shy away from mystery cliches. Most of what happens in the book is relatively predictable if you pay attention. But, I will also say that many of the clues that are sprinkled throughout the book come in the form of quotes/lines of dialogue that can be read a different way, which is what I truthfully found enjoyable.  Bardugo does a great job of leading the reader down the same path that Alex is heading down, only to realize that there was another way of interpreting the clue to get a completely different outcome. It was pretty fun to read a mystery book that was primarily solved in thought.

In terms of the magic, I thought Bardugo did a good job of tying in the different types of magic based on famous alumni and different mottos. I also thought that Bardugo spent much of the book trying to introduce the reader and set up the world that this series would be based in. While a common critique of this book is that Bardugo spends too much time focusing on the secret societies, I think that it was necessary to solve the mystery and to set up the rest of the series. The murderer could’ve been associated with too many of the houses, if the reader wasn’t familiar with all the houses and the magics that they practice, the different threads of the mystery wouldn’t have really made sense. Even though most of the societies end up being a red herring, I think the information with the societies will probably come later and can be referred to in a basic summary now that it has all been established. I think that the next book in this series might be a little more action-packed if the cliffhanger.

Overall, I think that this book requires some patience to truly get into the heart of the story. This book reads very much like a debut book in a series and while much of the book feels like it’s setting up for the other books, the actual focus of this book is a mystery that builds up to a very interesting climax, especially considering who the actual murderer ends up being. I really enjoyed the vibes of this book and the dark look at academia. I also appreciate that Bardugo throws in some commentary about universities and the corruption that runs through the administration. I recommend this for anyone who liked Dead Poets Society, it has the same kind of setting but is a much darker/more adult story.