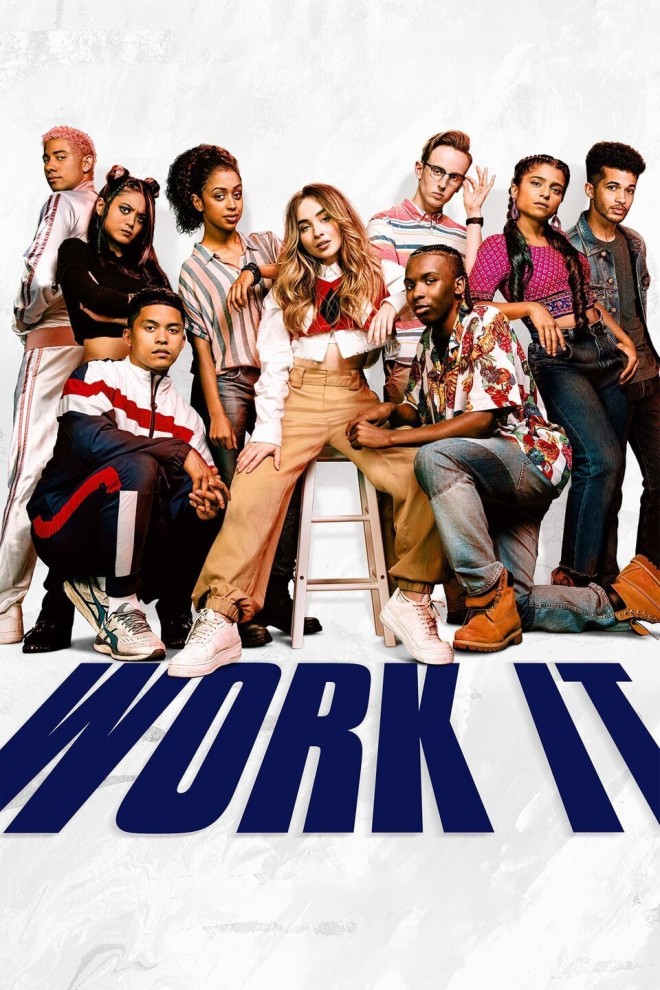 Love is happening all around us. We just have to look for it.

Work It follows Quinn Ackerman, an extremely intelligent girl whose lifelong dream is to attend Duke University so she can follow in her father’s footsteps. After a failed college interview, Quinn becomes desperate to make her application stand out. Her best friend, Jas, is a supremely talented dancer who happens to be part of their high school’s state recognized dance team. With Jas’s help, Quinn starts a new dance team whose goal is to win the Work It competition. The only issue? Quinn can’t dance. Their misfit of a team requires a choreographer and there’s nobody better than the best dancer in the state, Jake Taylor. As Quinn begins to work towards the competition, she realizes that in her fixation on getting into Duke, she missed out on many opportunities to experience life as a normal teenager. Quinn begins to revel in these new experiences while figuring out how to stay true to herself and get into her dream school.

After the disaster that was The Kissing Booth 2, this movie was a pleasant surprise. The chemistry between the entire cast made the simple plot line worth watching. There’s not much originality to this movie, the familiar elements to the casting and the plot directions could have been tedious. Sabrina Carpenter is undoubtedly an actress with a lot of potential and this movie does nothing but prove that. Her character is based around her inability to dance and Carpenter herself is a talented dancer. Carpenter made a believable novice dancer by completely altering her style of dancing. While Liza Koshy and Jordan Fisher are undeniably some of the most talented dancers in the movie, Carpenter adds her own charm to the dance routines. Liza Koshy and Jordan Fisher were also stand out characters. Koshy was surprisingly convincing without feeling the need to make her performance over the top. She managed to keep many of the elements that attracted her fan base to her as well as prove that she has the ability to act beautifully. Jordan Fisher managed to play the injured prodigy with the right amount of disgruntled indignance that comes with losing what he’s good at.

The largest issue with this movie was the continuity. Jordan Fisher’s character was introduced as having a bad knee, contributing to the loss of his status as the best dancer in the state. In one particular scene Fisher’s character is teaching Carpenter’s character some basic dance steps and is seen crumpling to the ground in pain. Later, in much more complex dance sequences, Fisher is seen executing moves that should’ve landed him in the hospital. Yet, he doesn’t even seem to flinch. While I enjoyed Fisher’s dancing, to truly showcase his talents better, the movie should’ve done away with the whole injury aspect of the story. It would’ve made the movie seem less like the miracle movie that it ended up being.

Overall, this movie didn’t do much to change familiar elements. Instead, it embraced these elements and found actors that would make this movie a successful rom-com. However, these movies are a dime a dozen and for the lack of originality, I would say that this movie is nothing extraordinary. The cast’s chemistry saved the movie from complete disaster and the dance sequences were well-shot to the point that it was easy to get lost in them. It’s worth the watch if you really have nothing better to watch and I definitely recommend it over other rom-coms that Netflix has put out, simply for the diversity within the movie and for the talented cast.