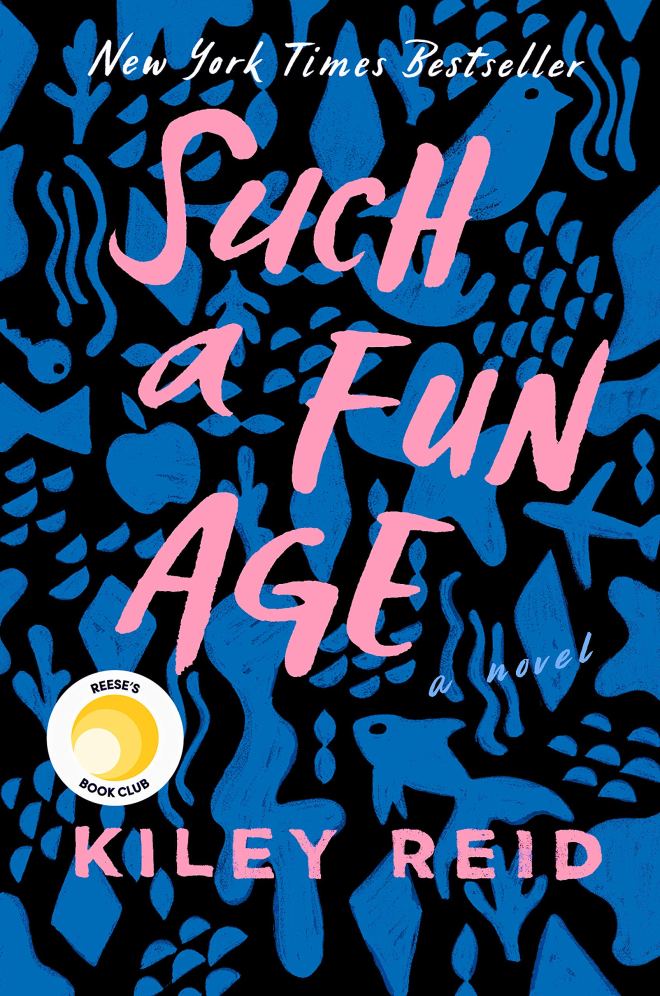 Such a Fun Age

“I think it best we went our separate ways, and that those paths never crossed again.”

Such a Fun Age, Kiley Reid

Such a Fun Age is the story of the Emira Tucker, a twenty-five year old black girl who is babysitting for a wealthy white family, headed by Alix Chamberlain. One night, Emira is called to babysit for the Chamberlains after the patriarch of the family makes a racially insensitive comment on the evening news. While out shopping, Emira is wrongfully accused of kidnapping the girl she is babysitting. The incident is recorded by Kelley Copeland, a white man who eventually becomes Emira’s boyfriend. A whirlwind of events occur, resulting in Emira being thrown into a game of tug-of-war between her employer and her new boyfriend. The story also follows her employer, Alix Chamberlain who is a successful businesswoman who was forced to Pennsylvania from New York. After the grocery store incident, Alix becomes obsessed with her babysitter, fearing a rehashing of her high school years when she was labeled a racist because of a high school boyfriend. The funny part? Alix’s high school boyfriend happens to be none other than Kelley Copeland. Such a Fun Age is a beautifully crafted story about implicit racism and the importance of being comfortable in your skin and using your voice to speak against injustice.

This book had been on my reading list for a few months and I was lucky enough to finally get a copy from the library. There are so many different reasons to praise this book that I’m not quite sure where to start so I’ll start with the one criticism I have. While the characters are developed well in the context of the story, their backgrounds are all fuzzy. Anything that is recounted by the characters is purposefully fuzzy to emphasize the danger of a single story, but the information that is given by the narrator is hard to keep track of. There are so many characters with so many backstories that don’t always correlate with the main story. For example, Alix’s husband, Peter, is important for all of twenty pages and then is barely mentioned again. In a story where race is shown to be important to furthering some of the themes, the races of some of the characters (where it does prove to be important) isn’t really touched on and it seems to come as a surprise later on.

On to my many praises for this novel. The different variations on Kelley and Alix’s stories are such a beautiful touch to the story. They emphasize the idea that a racist is not always aware of their racist actions. In terms of this, I also really appreciated that Reid didn’t explicitly say that Alix or Kelley were racist. I found that this book read more like a research paper. Reid provided all the evidence to come to the conclusion at the end of the book. It was a really clever way of allowing the audience to decide for themselves instead of the author forcing an opinion down the audiences’ throat. This implicit characterization of these two characters as potentially racist builds a strong theme about the dangers of being unaware of racism.

In terms of the grocery store incident, I liked that the story started out with that and managed to weave the repercussions of this incident throughout the entire story. This story was predominantly a focus on the aftermaths of a racial incident and the Chamberlains attempting to apologize for something by fixing Emira’s life. This incident shows the development of the white savior complex in this story and Reid goes through lengths to emphasize Emira’s reaction. The characterization of Emira is meant to be representative of a seemingly typical millennial. This portrayal makes it even easier for her to be spread between Alix and Kelley because she is lost. She feels an overwhelming sense that she has to figure out her own life but also is scared to be in limbo if she leaves. Emira is also afraid of being forgotten by the girl she has dedicated so much time to raising. She embodies the millennial ideas of wanting to leave her mark but not knowing how to do it. Eventually, she learns to be true to herself and her sense of dignity to mature out of the millennial stereotype.

Overall, I think that this story is worth a read at this time. While racial incidents are as explicit as lynching, they still exist and this story makes its audience painfully aware of the racism that still exists in this atmosphere. In the future, I think that this will be one of those books that future generations will look on to get a feel of what life was like now. There are several mentions of Uncle Tom’s Cabin in this book and while it’s not quite that, I think it’ll have just as strong of an impact.